2020 was a special year for everyone, but without a doubt the opportunity to dream and create, to meet objectives with a social, environmental and sensitive purpose, as a contribution to humanity. Oswaldo, Tsunki, Katherine and Solange, decided to undertake research based on their interests and offer us a legacy through their works.

BIRDS FROM THE MIDDLE OF THE WORLD

Oswaldo Ponce started his career as an electronic engineer. However, three years ago he decided to undertake a new adventure that had long called to him, his love of nature sent him on a quest to photograph birds. He took his camera and started documenting. Birds were waiting for Owi

This experience lead to the creation of his work “Birds of the Middle of the World” in December 2020. This book is an invitation to admire the beauty of the unique creatures adorning the Ecuadorian landscape with their colors and brightening the silence with their songs.

This interactive book invites us to discover 155 birds of Quito and its surroundings. A special and novel addition is the QR codes with which take us to his website where we can appreciate the birds in movement via the gifs of each set of photographs. In addition, the website includes anecdotes of Owi’s work and the behaviors of each of these bird species.

As an additional fact, Oswaldo Ponce is known as Owi in the birding world. “Birds of the Middle of the World” is available in three languages: Spanish, English and German and in two formats, an E-book and a physical book. You can buy it at a discount at the following link: Owi Photo (The author of this article benefits from a commission when you make a purchase with this link.) Personally, I have enjoyed each of its pages! This book has been a real delight to read. The information about the birds and the tips to photograph them are an excellent start for new and experienced birders alike. 100 WOMEN OF OUR HISTORY, ECUADOR

Two Ecuadorian women, Tsunki Escandón and Katherine Barros decided to unite their talents and design a written and illustrated work that recognizes the value of one hundred women in the history of Ecuador. This book includes an investigation of women working in very diverse areas, all with a powerful presence, each very impressive in their respective eras.

This work has taken two years, because it has not only been the compilation of the stories of each of the protagonists ranging from the fifteenth century, but also their drawn portraits and of course their contribution to the History of Ecuador. The Work and Its Social Impact

This creative book is a journey through history with many relevant facts. It also provides the opportunity to honor the memory of women who became examples for those of us who followed their pioneering paths.

You can access this book with this link: kynku.com Solange Garcés Aguilar is an influential tourism professional with more than twenty years of experience. This enabled her to write “The Spondylus Route Ecuador – Peru”. This tale offers a transformative experience with the purpose of discovering an untold story.

In her professional experience as manager of the Spondylus Route, she enjoyed the administrative challenge of combining connections between ten provinces and two countries to create a single vision as part of the Ecuador-Peru Binational Plan. The experience of territorial planning and management involved Solange in a way she could not have imagined. The Book Becomes a Reality

2020 became the perfect opportunity for this personal project that appeared in Solange’s life more than ten years ago. Today, it is a reality.

However, the passage of time helped her to gather the information that nourishes the pages of this book. It is finally available to readers who enjoy planning their trips through reading.

This book is available in Spanish as an E-book. Soon, it will be published in English. You will certainly learn alot about this ancestral route that has joined Ecuador and Peru for centuries. It is very motivating to think that this book it collects information of great value to two nations, transporting us to the past through its pages so that we can know and revalue our pre-Hispanic legacy including its cultural, environmental, archaeological, and human components.

In the present, it motivates us to collaborate, associate, and participate actively in the creation of a multi-destination in which symbolic origins of the Spondylus shell drive us to rescue the ancient route that runs along the Pacific Coast.

For now, enjoy reading each and every letter of “The Spondylus Route, Ecuador – Peru” and discover the untold story.

You can access it in this link: The Route of the Spondylus, Amazon.com.

I dedicate this article with admiration and recognition to those who have written these books, to those close to to the authors who have been part of the creative processes, to those who love reading and find in it a special and different way to transport themselves in the pages of a book.

I share these words because it has been a year in which we have adapted to changes in a forced but necessary way. During this past year, I have had the fortune to know you and I have been motivated in all our interactions. I know you as professionals, as friends, and as excellent representatives of Ecuador.

On my part, thanks, success, and support. 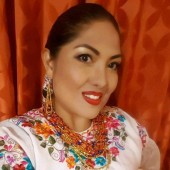 Jacqueline is an Ecuadorian who loves each and every corner of her country. She proudly shares travel experiences with adventurers who want to explore new places. Her trips always include interactions with locals and tasting traditional foods. Her tours are genuinely personalized and will make a special, custom-designed travel memory. Most Difficult Train Track in the World Best Photos from Loja and Vilcabamba The Beauty of Cajas National Park