In late August, I had a free day in Guayaquil. A friend of mine, who came down to Guayaquil with me to help an American Football team start up, mentioned that a great museum to go to would be the Firefighter’s Museum. I had never been to a firefighter’s museum, so it sounded like a nice change-of-pace place for me. When you walk into the museum, you are met by a docent who explains what the museum contains and takes the entrance fee, which was only $1.50. My friend and I started on the right side. Immediately upon walking in, you see several old fire trucks and a few steam powered water pumps. As you walk into the museum, you’ll find that the historic building was the home for the city’s water supply and pump. Down below, iron piping imported during the industrial revolution from the United States twists through the floor. I had wondered if this is what people refer to when they say “make America great again.” A sense of pride flowed through my veins at the site of this heavy equipment made in the USA.

At the right side of the building, there were hundreds of smaller firefighting items. One of the displays had firemen’s helmets from the early years until present day. This, I thought, was a schoolboy’s heaven. There was even a helmet that kids could put on and play the part for at least a few minutes. As should be expected, much of the back of the museum displays pictures of the Guayaquil fire department throughout history with a large emphasis on the chiefs. A very pleasant docent joined us at the back of the museum to walk us through this section and explain a bit of the history. At about the same time, another docent came by and gave us our official receipts (with stamps and all) for the entry into the museum.

As we walked out of the historical Guayaquil section, I noticed that on loft across the way, there was a section with some sort of 9-11 information. I walked up to the loft by myself. The pride that I had felt before at the economic strength of the United States in the first half of the last century turned to sadness as I viewed papers from around the world covering the September 11, 2001 terrorist attacks on the United States. The museum, honoring those first responders of 9-11, displayed newspapers in Arabic, Spanish, French, Portuguese, English, Bulgarian, and several other languages from around the world. The somber mood this section invoked was also a nice reminder that Ecuador stands together with the United States against terrorism.

After coming down from the loft, I spent the rest of the visit looking at beautiful displays of old fire engines and emergency response vehicles from the early 19th and 20th centuries. We were even permitted to climb into the vehicles and get our pictures taken. If I were only a young boy again… At the end of the tour in the Firefighter’s Museum, the docent mentioned that there was a gift shop. With that, I spent about 15 minutes in the gift shop buying souvenirs for my sons-in-law (both Marines). I found that there was a lot of interesting gifts for boys and men but not as much available for my three daughters and granddaughter.

In closing, I’d recommend the museum to anyone interested in the history of Guayaquil and firefighting in general. I would not hesitate to go back another time should I return to Guayaquil. Scott started his nomadic career in 2005 when his wife began working for the US State Department. As an EFM, Scott first moved to Moscow, Russia in 2005 where he worked at the U.S. Embassy for USAID as the Communications Officer and at NASA as the Management Support Officer. In Vienna, Austria, Scott redesigned financial operations and accounting systems for the US Embassy’s American Employee Association while working the capacity of Financial Coordinator. In Dhaka, Bangladesh, Scott worked as the Country Manager for bGlobal Sourcing, a consultant for the American Recreation Association, a consultant for the US Commissary of Dhaka, the Deputy Executive Officer for USAID, and an accounting consultant for North End Coffee.

Brad currently lives in Quito, Ecuador. One of his many projects includes being part of the coaching staff for the Lobos de Quito American Football Team. 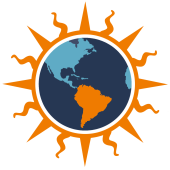 A Personal and Professional Update There’s always a ‘worst’ day on a trip – Why Christmas Day?